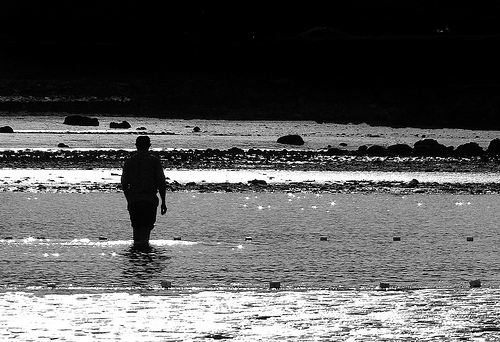 A few years ago, I was in a very serious motor vehicle accident— an 18-wheel tractor-trailer and I met, nose-to-nose. Just recently I overheard my husband describe his internal thought process right after he got the news. The EMT called with a perfunctory message, “Your wife has been in an accident. It’s a Level 1 Trauma. She’s being taken now to the Emergency Room.” That was all the information they gave, other than the location of the trauma center. He got in the car to come see me with no idea what he was going to find.

On the way to the hospital, my husband found himself, because of the spiritual work we’ve been doing for so many years, instinctively running through the following thought process: “Do I still believe the evolutionary unfolding of the cosmos is a good thing?…”

My husband and I love each other very much. We’re fast friends, real partners in our life’s work, and have always fully intended to have a long life exploring consciousness, spiritual transformation, and cultural evolution together. This event was oddly sudden and unexpectedly challenging. On the way to the hospital, my husband found himself, because of the spiritual work we’ve been doing for so many years, instinctively running through the following thought process: “Do I still believe the evolutionary unfolding of the cosmos is a good thing? Is it positive at its essence? Is that my deepest understanding?”

In a split second, his more profound understanding of the nature of life came to the fore. He realized he really did know that the unfolding of creation with all its myriad events- its magnificent starbursts and little deaths—was in essence wholesome. He experienced the always-present awareness or infinite consciousness, its stillness and goodness moving through him. He found himself, in the midst of so much upheaval, on firm ground in a way he couldn’t deny. In that instant, he said, he knew if the worst happened, “My life would suck—but the universe would still be good.” And he knew whatever came, he would have the inner resources to respond. Whatever the future was going to be, he wouldn’t be moved from his own realization of the inherent positivity of the universe’s unfolding process.