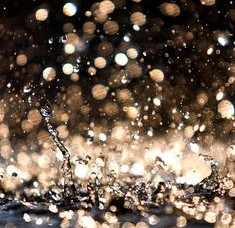 The spiritual man is the sign of this new evolution, this new and higher endeavor of Nature. But this evolution differs from the past process of the evolutionary Energy in two respects: it is conducted by a conscious effort of the human mind, and it is not confined to a conscious progression of the surface nature, but is accompanied by an attempt to break the walls of the Ignorance and extend ourselves inward into the secret principle of our present being and outward into cosmic being as well as upward toward a higher principle. Up till now what Nature had achieved was an enlarging of the bounds of our surface Knowledge Ignorance; what it attempted in the spiritual endeavor is to abolish the Ignorance, to go inward and discover the soul and to become united in consciousness with God and with all existence. This is the final aim of the mental stage of evolutionary Nature in man; it is the initial step toward a radical transmutation of the Ignorance into the Knowledge. The spiritual change begins by an influence of the inner being and the higher spiritual mind, an action felt and accepted on the surface; but this by itself can lead only to an illumined mental idealism or to the growth of a religious mind, a religious temperament or some devotion in the heart and piety in the conduct; … much has to be done, we have to live deeper within, we have to exceed our present consciousness and surpass our present status of Nature.

For more inspiration, meditate with the mystics