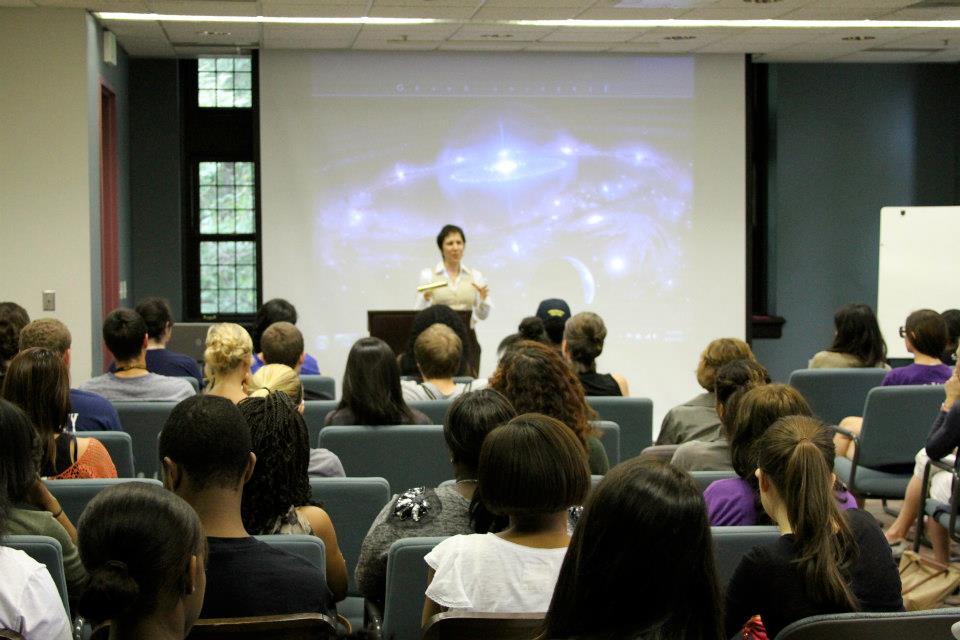 empowering our practice with the energy of the universe

“Shaping and reshaping, in wonder I am here!”

Over the last decade, evolutionary spirituality has spread its canopy over many of our beliefs, mystical intuitions, and the quality of our relatedness. A marriage of science and spirit, some argue this path is as old as Jakob Boehm or as new as Barbara Marx Hubbard. Some circles credit Plotinus and in others Vedic scholars even lay claim to the origins of evolutionary sensitivities.

While the origin is debatable, and discerning where to place the marker on the stretch of history’s timeline raises a number of fascinating and subtle metaphysical debates, for many practitioners now, without even knowing it, the sensibilities of an evolutionary worldview, and the exploration of the ultimately nondual nature between matter and consciousness, form and formlessness, emptiness and that which pervades and therefore contains all, shapes the contours of our spiritual path.

Who are the Evolutionary Spirituality Pioneers?

The Grandfathers of the Evolutionary Spirituality Movement

What are the basic tenets or characteristics of evolutionary spirituality? How can we practice it? Is there a single system to follow? Do we need to renounce allegiance to more traditional paths in order to be true to a metaphysics that seeks emergence?

It’s my goal to encourage as much exploration as possible of these questions and also of the spiritual inquiry that lead us into a more dynamic and vibrant relationship with the numinous.

One of the great early evolutionary thinkers—and I would argue also a mystic—Alfred North Whitehead wrote, “Philosophy begins in wonder. And, at the end, when philosophic thought has done its best, the wonder remains. There have been added, however, some grasp of the immensity of things, some purification of emotion by understanding.”

So let’s begin with a short contemplation.

Let it take you in. Let it loosen up the weave at the edges of your fixed notions of self and time.

Picture the shiny flecks of the Milky Way scattered across the sky. Or imagine that you’re telescoping in to the inside world of the nucleus of an atom, and you’ve gone in so far, you’re swept up in the midst of all these tiny particles, quarks, pi-mesons, and gluons swirling around each other surrounded by incredible energy and light and little bits of matter.

Visualize yourself as process, as part of the vast movement of the universe from the biggest scale of the formation of suns to the tiniest scale of nuclear particles, that’s the stuff that we’re made of.

That stuff is constantly reconfiguring at higher and higher levels of complexity and integration. It has cohered and coalesced into human form and the human capacity of cognition and self-reflection.

Now you can recognize for yourself, “My emotional life, my self-identity, and my self-sense are intrinsically non-separate from that unfolding process. That process that began so many eons ago, which now includes everyone in the world around me!”

Changing Our Sense of Self

Now that you’ve been on a brief meditative tour following the complexification of life from the first particles through our homo sapien sapien capacity to “know that we know” take note of your experience.

What does it take to walk this path?

Process as an Updated Understanding of Dependent Origination

Evolutionary Spirituality calls us to awaken to process as us. As radical as the traditional realization of cosmic consciousness is, I Am That I Am, an awakening to process is also a radical spiritual awakening. It unseats our fixed notion of the separate self in such a way, once the veil has parted we can never go back to before we “knew.”

Carter Phipps, author of Evolutionaries, described it as “breaking the spell of solidity.” Systems theorist Gregory Bateson spoke about the “relationship between” rather than the objects being our primary point of reference. Looking at the unfolding of the world around us and in us radically shifts our sense of self. We become aware of the march of life and development, of the complex interrelatedness of all things, of the presence of the past and the future in this present moment. For if all is process, in flux and flowing, then that which moved 13+ billion years ago is also in some way expressed in the wave of process of today. It extends as well into a future beyond that which we can currently see.

This is not only the stuff of science. This way of understanding the nature of ourselves has everything to do with the inseparability of form from emptiness, emptiness from form, the manifest world from Is-ness or consciousness, matter from Spirit that breathes life into all. As the sensitive evolutionary visionary Teilhard de Chardin proclaimed, “matter is spirit moving slowly enough to be seen.”

The shift from looking at the relationship between static objects to the relatedness of a single all embracing process is profound enough for a lifetime of contemplation and mystical discovery. That shift of perspective has powerful moral, ethical, philosophical, material, as well as spiritual implications. It shifts our relationship to all sentient beings in the biosphere; our relationship to time—past and future; and our sense of the possible.

It’s not only matter that evolves, the capacities of consciousness evolve too. Think about it. We are having a complex conversation, requiring the ability to conceptualize, to visualize in the abstract, to reflect on ourselves. While prehistoric humans 26,000 years ago painted vibrant horses that streaked across cave walls and ceilings, their capacity to communicate and converse, to relate intersubjectively was a barely developed potential. We’ve grown in our interiors. Evolution is not just outside us. Its scepter grazes the mind and heart of humankind. And as our interiors evolve so too, in some small way, does the mind and heart of the universe.

That is part of the wonder of an evolutionary spiritual path.

At the furthest edge of where we’ve come to now, we can continue to stretch and push that membrane out further. Tipping forward beyond ourselves, our shared aspirations can pop a little hole in the proverbial outer wall of the known. What will stream through next we can’t imagine.

This becomes the signature note for an evolutionary—that sound from the future, heard in the present. That plaintive and beckoning horn echoes in our ear and our life becomes tuned to follow it. And we respond to the urge to break new ground in the field of consciousness and relatedness, taking one step towards a higher order of fulfillment and purpose.

Consciously Evolving Is A Spiritual Calling

In evolutionary spirituality, consciously pursuing the evolution of consciousness is seen as a spiritual calling. The effort to bring higher more effulgent orders of Love into the present governs how a practitioner approaches religious life. It defines the aspirant’s attitude towards purification of motive, adoration of the divine, care for all creatures and the beautiful biosphere. It re-orders our relationships with each other.

“According to the skill with which we set our sails to their breeze,

it will either capsize our vessel or send it leaping ahead.”

Love of process, wonder at that which always remains a mystery, we “cleave unto the holy” and that intimacy lifts us up above our baser impulses. We transform out of love, for the sheer joy of it, the ecstasy of swelling by even one drop the pool of expanding consciousness. What gives us the courage to pursue such an transformative relationship with Self? A reservoir of energy and optimism seems to go hand-in-hand with the current of evolution itself.

Evolutionary spirituality is at heart an activist path. It looks to culture as well as to cosmos, to psyche and to spirit. Its theology and practice emphasizes the nonseparation of inner transformation for outer revolution, “changing the world from the inside out.” Awakening to the structures that make up our psyche and our values—individually and culturally—that have been created over time, we awaken to our own potential to transcend the shared currency of our postmodern culture.

The interplay between the classical realization of Being or cosmic consciousness and awakening to ourselves as process open up all kinds of deep questions for reflection and for spiritual activism. It is a path that is fresh with new beginnings and unexplored hills and dales. It extends an open hand and open invitation to intrepid explorers to experiment and inquire, fertilize and begin to mature an understanding of self, spirit, and evolution. As we become more skilled archaeologists of ourselves and cosmonauts of the future, we participate, in a small way, with the divinization of the world.

“The coming of a spiritual age must be preceded by the appearance of an increasing number of individuals who are no longer satisfied with the normal intellectual, vital, and physical existence of man, but perceive that a greater evolution is the real goal of humanity and attempt to effect it in themselves, to lead others to it, and to make it the recognized goal of the race. In proportion as they succeed and to the degree to which they carry this evolution, the yet unrealized potentiality which they represent will become an actual possibility of the future.”