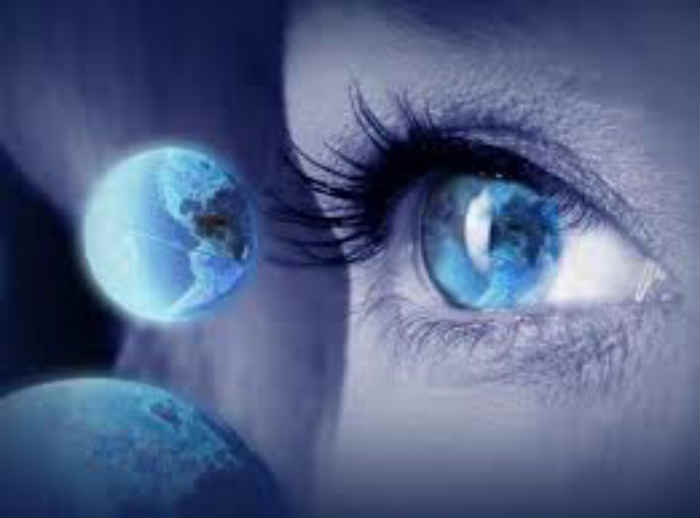 How to Practice an Evolutionary Worldview

One of the grandfather’s of what’s called an Evolutionary Worldview is the great visionary (and mystic) Alfred North Whitehead. He famously wrote,

“Philosophy begins in wonder. And, at the end, when philosophic thought has done its best, the wonder remains. There have been added, however, some grasp of the immensity of things, some purification of emotion by understanding.”

It is that wonder that a deep insight into process awakens in us.

Seeing the vast swath of time in which our world unfurled changes our sense of self. It redefines the contours of our philosophy. And it creates in us such a sense of awe and optimism that we truly see the world through new eyes.

So what is an evolutionary worldview? How do we practice it? Where does it lead us? Can it change the world?

1 Awaken to an Evolutionary Worldview

Opening up to the profundity of an evolutionary worldview is not just a cognitive intellectual event, though we may start there. It is an “awakening.” I say that because it radically shifts our sense of self from the limited and fixed identity we take ourselves to be into an identity with process. Our self-identity, at a fundamental level reveals itself to be inseparable from the movement of energy, matter, life, consciousness, or space.From the infinitesimally small quarks and mesons to the vast reaches of billions of galaxies, as Pierre Teilhard de Chardin says, “We are moving!” And moving, when you look deeply, means “I, as I take myself to be–from this particular perspective–am inseparable from the stuff of the vast cosmos and the stuff of the mystic heart.”That is a radical displacement of who we think we are.

Usually we think of ourselves as bits of stuff, as solid objects that have some kind of interaction with other solid objects. Me with you with the environment.Anthropologist, early systems thinker (and cultural radical) Gregory Bateson talked about “the relationship between.” What’s significant, he said, are not the five fingers on our hands but the space or relationship between them. Think about it. It’s a pretty fascinating shift. When we move from things as the primary focal point that gives us cues about our environment to events, we get a different and arguably far more accurate sense of how the world works. We shift our sense of the world from static to process, from solid to fluid, from discreet objects to interconnected occurrences, experiences, events in process.That is more true to the flow of life and evolutionary unfolding. More importantly, it gives us space for all kinds of new capacities, insights, and potentials to unfold and emerge.

3 See the World in Deep Time

When you think about time, when do you start? At your birthday? 0 AD when Christ was born? 5774 when the Judaic calendar began? When the earth was formed out of swirling energy and dust?Scientists pin the formation of our universe at approximately 13.7 billion years, give or take a few. That’s a looooong time ago. Cosmologists pin the formation of other stars and galaxies as older than that. If we take our beautiful world’s birthday to be unfathomably long ago, and look at the unbelievable stretches of time it took to get us where we are now, with human consciousness just at the last blip, we get a different appreciation for the interconnectedness of all things and the delicacy of our moment in time.

4 Appreciate the Magnitude of Our Moment

Consciousness has been around for a long time. No one quite knows the beginning. The great realizers point to a consciousness that transcends space and time as we know it. The “why” of how consciousness appeared to us is what’s called the “hard” problem of neuroscience. And if neuroscientists call it the hard problem, we can rest at easy with our own perplexity.In an evolutionary worldview, the question of consciousness – the nature of it, when it arose, how, why, and where we can go with it—is a central one. Perhaps most salient to “practicing an evolutionary worldview” is recognizing that human beings have the rare gift of being “aware that we are aware.” Because of this, as Barbara Marx Hubbard tells us, “This is our moment of choice, we can consciously participate in the process of evolution.”

Early humans some 30,000 years ago, developed some pretty far out paintings.When you see the blood red hues of their horses galloping across cave walls, the urgent life that practically bursts out of the stone speaks to an aesthetic, awareness, communication, and experience that’s disconcertingly more familiar than we might expect.But still, our capacities to think, self reflect, and understand complexity have developed significantly. We couldn’t have had this exchange 26,000 years ago.We’ve changed. We’ve evolved in our capacity to be conscious. Take stock of where we’ve come to. Just look at the subtle and delicate interconnections we can appreciate, the inner sensitivities. The sense of the numinous, the sacred.The appreciation of awe and wonder.The intimations of non-separation between immaterial consciousness and the material world. We’re conscious of this subtlety.Locate yourself at that edge. Feel into it. Then tip forward ever so slightly into the future.